DO YOU WANT TO WORK IN F*C*ING TV?

Do you want to work in f*c*ing TV?

If you’re a writer or creative, you might have always had that sweet temptation to embark on a career into the jolly old world of TV and Film…but before you do, here are some things to consider.

Now is a better time than ever to be writing a piece like this. Jobs are still fairly uncertain, but productions are picking back up and our thoughts have been given even more space to wonder. So, if you are thinking of a change in career – specifically into TV – this might help. However, if you’re here from TikTok – leave. Leave right now. Get out. Shoo.

Are they gone? Great. What a bunch of A-Holes.**

I have been sent a lot of messages from people who have found me on Facebook groups, LinkedIn, and Instagram about how to get into TV and how to know if TV is the right career path for them.

In answer to these questions – I usually advise them to ask themselves three questions. 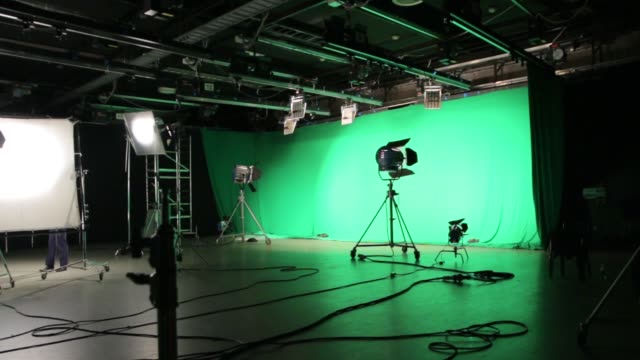 Firstly, do I love TV?

This might seem obvious to many of you but some of the people I’ve posed this to have often been unsure. This leads to the follow-up questions of Do you just enjoy watching TV shows, or are you fascinated by how they come together? Are you prepared to learn?

If you can’t be certain about whether or not you have a passion for something, or even just an interest in television, then it probably isn’t the right avenue for you. This is, at its most deepest level, a very intensive job that could honestly break you if you don’t have the drive and determination to want to see it thought.

At the end of the day, we are not saving lives. We are creating programmes because we enjoy the process and love the result.

If you are thinking of going into TV to make money or become famous, stop right now.

When you start out in TV, you are a runner. As a runner you make about £10 an hour, depending on the job. You could be a runner for one to three years. Although executives, and of course the on-screen talent, make a good salary, it will take you many years before you can afford to buy a Tesla outright. I’d say I’m sorry to knock down your dreams, but even Elon Musk had to start somewhere, and it wasn’t with their own green room and an assistant to only pick you the orange smarties out of the packets. (And no, they don’t taste different, you’re just a tit.)

Secondly, am I proactive?

Some of you may be considering a change of career and others might just be finishing university or even sixth form. Whatever stage of your life you’re at, it is never too late to start working in TV.

There are a number of different personality types that suit to being in television but what is most pertinent is whether you are proactive.

Every. Single. Job you get, you will have applied for.

When I say EVERY SINGLE JOB, I mean it. Even if the job is ONE DAY of work.

OK, so that might be a slight exaggeration. Because when you have been working in TV for a while, even if only as a runner, jobs will start coming to you. People remember your name and the work you did for them. I landed a job where I was promoted to a higher position from a producer remembering how helpful I was printing scripts. A chatty producer who you babbled to in the back of an Uber on the way to return some production papers to the office after a long shoot might shoot a WhatsApp to their mate the producer and get you a stint on Taskmaster that will turn into a flurry of shoots with comedians that you have adored for years and you might gently weep in your little student-but-not-anymore-a-student home because now your contact list is far bigger than you could have ever imagined and a little ball of pride begins to balloon within your belly…

To begin with, it is a slog. I sent, on average, about 30 emails a day when I started out. I would reply to posts from social media groups – but I must remind you to only apply for the jobs for which you tick all of the requirements, otherwise your name might be remembered for the wrong reasons. I even cold-emailed some production companies whose work I particularly enjoyed. Some production companies find this very annoying, others don’t mind it. You can never be sure who is which so just send emails to the ones you really love – you have nothing to lose. They could even see your email and not be hiring, but like your chutzpah and keep your CV on file for when they are. AND THEY MIGHT NOT TELL YOU THEY’VE DONE IT. I know, so cheeky, but it’s true. Every email or LinkedIn request not sent, even if you hear nothing back, is an opportunity wasted.

So, to get jobs in TV you have to be proactive in your approach to applying for them. And, to keep getting jobs, you must also be proactive once you’ve got a job. You probably won’t be shown the ropes and your hand won’t be held along the way. You have to hit the ground running on every set you walk onto…or should I say RUN onto…because you are a RUNNER…

I hate that I’ve sort of made that joke but…I’m dealing with it, so, so must you.

Anyway, you will hear this time and time again but ‘you are only as good as your last job’. So, ask cast and crew if they would like a cuppa, empty bin bags when they are full, and become the eyes and ears of the crew. This is how you will know you don’t need to worry about getting your next job because you will have done so well in your previous one.

Well…don’t become lazy… Still work your socks off for your next job, but…you know what I mean. 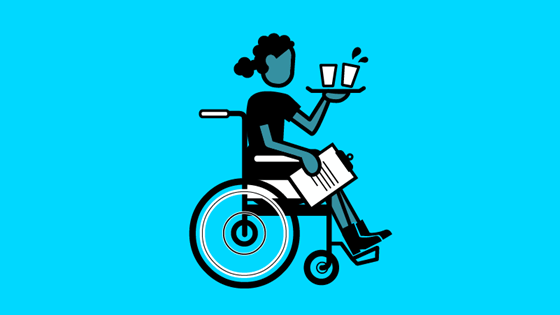 Lastly, am I prepared to work incredibly hard?

I think you can see, as I have gone into a lot of detail in the above section, that you will have to work really, really hard. In the beginning, it will feel like a lot of effort for not a lot of reward. But, if you are determined to work hard and succeed, there is a high chance you will be able to do so.

Unlike other creative careers, working behind the scenes in TV doesn’t necessarily involve luck and ‘being there at the right time’, but rather hard work and perseverance. However, the former does play into it. I spent the last two years of university trying to find work in TV, to turn up nothing. It’s only when I’d quit my job as a teacher (because yuck) that, miraculously on the SAME DAY, I found a phenomenal training scheme called MAMA Youth Project on the day of the deadline and somehow happened to win myself a place.

Within the umbrella of this question, another one you’ll want to ask yourself is: Am I prepared to do some jobs that I might really dislike in order to eventually work my way up the TV cherry picker of possibility and success?

I once had to ask for piss from people on the streets of Liverpool. On another street casting, I had to ask couples in Manchester if they wanted to test out some sex toys for TV. In short… you’ve got to be gutsy.

It is rare in TV that someone bags their first job halfway up the career ladder. Almost everybody in television will have been a Runner at some point in their life.  It is a rite of passage. Therefore, you will be tested. Unless they’re working through nepotism and honestly, fuck you, you little shit if you are. 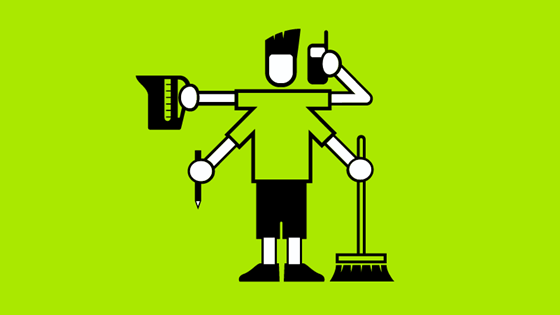 You will be given jobs that are not necessarily the most glamorous. Again, I think of the time where I interviewed for a job at Studio Lambert and the first thing they said I might have to do is ‘unclog the toilets with a plunger because there’s usually someone who has a really bad day.’ Hopefully this will not be you. Needless to say, however, I did not take that job.  You might be asked to pick up a presenter’s suit from the dry cleaners or to take food orders for the cast and crew.

Sometimes you will feel like a waiter again. But in between these moments you might have five minutes with a cameraman who will give you a quick tour of his camera. Or you might be asked to assist the art director in dressing the studio in vinyl. You could be having a cig break with an actor you really like, you might even spark a friendship with a great new writer as you discuss your janky tattoos. You will get imposter syndrome like you’ve never felt before. But reflect on the many skills you are learning along the way. You will flow between all of the different departments, and you might just stumble upon the perfect role for you. But, most importantly, you will learn humility.

Always stay humble. Because the landscape is changing. The paradigms are shifting, and Film and TV are more accessible to anyone, from anywhere, at any time. So, go take that chance on yourself – because I sure as hell would.

You just read all of this. You are going to be amazing.

**(I joke because I do have and greatly enjoy TikTok, like probably too much, I literally used to make content for the BBC’s TikTok account. However, it is not a great place to start networking for a career within the media industry, trust me, okay?)