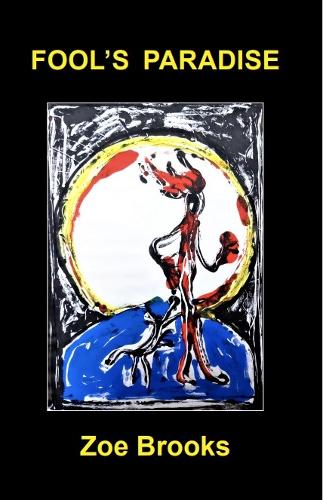 After two back-to-back years of news so depressing it’s tempting to disengage from it completely, it feels almost other-worldly to revisit 1989, when we awoke every morning eager for whatever fresh astonishments the day would bring. Remembering the headlines makes me emotional even now: ‘Freedom trains roll in from East’; ‘Communists open Berlin Wall’; ‘Iron Curtain swept aside’; ‘It’s over. The Czechs are free’. For those of us who had grown up with the Cold War, the realisation that the status quo we had taken unquestioningly for granted all our lives could be turned on its head in just a few heady, tumultuous months made it a wondrous time to be alive.

What I also remember, from the chattering-classes conversation around dinner-tables I frequented, was the nebulous hope that from a re-orientated Eastern Europe, a better kind of capitalism than that espoused by grasping, greed-is-good Thatcher’s Britain would somehow emerge. Ridiculously naïve and patronisingly post-colonial as that sounds now, at the time it felt exhileratingly possible. It’s a moment that Zoe Brooks’ poem for voices Fool’s Paradise, inspired by a stay in Prague in 1990, first published in 1992 and now re-issued by Black Eyes Publishing, sets out to capture.

The ghosts of numerous literary antecedents haunt this long-form, four-part poem. Apart from the ‘poem for voices’ strap line – immediately reminiscent of Under Milk Wood, Dylan Thomas’s ‘play for voices’ – the opening lines spoken by the poem’s three travellers are not unlike those of the three witches in Macbeth; the line “digging in the dark ground for roots” made me think of The Waste Land; there are overt references to Mikhail Bulgakov’s magic realist novel The Master and Margarita; there are surrealist dream sequences; and the travellers’ lack of both backstory and clear objectives makes it seem not unindebted to post-war absurdist theatre such as Waiting for Godot.

Significantly perhaps, the story begins at a crossroads. As they journey along nameless roads, three nameless male travellers encounter The Fool, who becomes their guide. At the end of Part II, The Fool is tried on trumped-up charges, found guilty and hanged; in Part IV, he rises again. The action is set, amongst other places, beside a river, in a church and in a museum. Apart from an angry outburst from Traveller 2 about how “It was your country which sold mine/for a few years’ peace”, there is little overt politics. Instead, the atmospherics are more those of a society that has been living underground, and is now groping its way back into a daylight whose rules it has forgotten.

Repressed under Communism, Christian faith has nonetheless clearly played an important role in keeping hope alive. There are frequent references to angels, to the makeshift shrines to those murdered by the oppressors that Brooks recalls punctuating the landscape of Prague in early 1990. There is Biblical language: “The world is an absence/and the absence is in the world” with its echoes of Genesis Chapter 1. The character of The Fool, meanwhile, has obvious parallels with the life of Christ.

Fool’s Paradise is a complex piece of writing. My hunch is that sections of it are deeply personal and drawn from experiences that have particular significance for the poet. Many of the episodes – for example the antics of The Fool’s black dog – are open to a number of interpretations ranging from allegorical and mythological to psychological, religious and political. But beyond that, this is a portrait of a society briefly paused at an ephemeral but pregnant point, when the past becomes history but the future is as yet undecided.

In 2022, we know what happened next: far-right governments in a number of former Eastern Bloc countries; war in Europe as Russia bids to resurrect its empire; uncontrolled migration from eastern Europe seized on by Vote Leave as a reason for Britain to withdraw from the EU. At the conclusion of Fool’s Paradise, Zoe Brooks says “You have gone back to the city and all is changed…the bridge is lined with trinket vendors and all is turned to pettiness. Forgive me if I cannot believe you. Last night I heard the sound of dancing on the roof-tiles.” Thirty years later, can we hear it still?

Fool’s Paradise is available online from Black Eyes Publishing UK, as well as other bookshops and retailers.