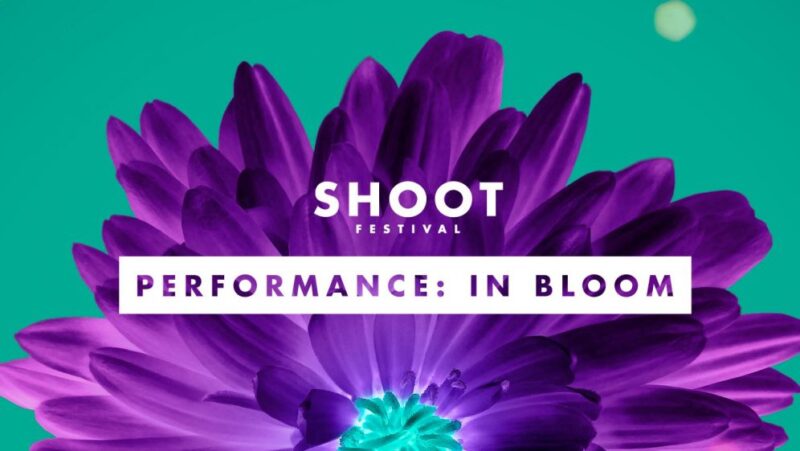 The ‘Performance’ strand of Coventry’s Shoot Festival 2022 concluded at the city’s Belgrade Theatre on Thursday and Friday last week with two very different new plays from woman playwrights. Protests, hymns and caskets by lanaire aderemi was an ensemble piece that told the story of how a group of women overthrew an unfair colonial taxation regime in the Nigerian town of Abeokuta in 1947. The semi-autobiographical Gamble by Hannah Walker and Rosa Postlethwaite meanwhile, was more tightly focused on one woman’s experience of being in a relationship with a recovering online gambling addict. The use of multimedia including videoed interviews with real-life gambling addicts fleshed it out with context, depth and immediacy.

One reason why stories remain “at the margins of history” – as the accompanying publicity described the real-life events that inspired Protests, hymns and caskets – is when telling them would represent a challenge to the dominant narrative. It’s a challenge lanaire aderemi takes up with gusto in a colourful and hard-hitting piece of theatre that tells its story from the women’s point of view. In the process it reveals a British colonial rule that, far from benign, was experienced by those subjected to it as punitively unfair and divisive. Taxes were targetted at women specifically, even though they were denied representation on the local council.

Necessarily assuming that a British audience would know pathetically little of Nigerian history, aderemi covered a fairly complicated backstory with a light touch; but despite a leavening of traditional music and dance, plus some well-received comedy moments, this was still a conceptually dense piece of theatre, highlighting numerous conflicting interests even within the protesters’ own ranks. These included class and generational differences as well as the testing of family loyalties when a husband was employed by the British in an enforcement capacity. The play also moved forward in time to Nigeria’s contemporary SARS (anti police brutality) protests, and introduced the ghostly mother of one of the 1947 protesters, who comes to encourage her in her prison cell. That’s an awful lot to pack into forty-five minutes; the trade-off was a slightly abrupt ending, which made me feel that this fascinating, multi-faceted story could have done with a bit more space.

Gamble by Hannah Walker and Rosa Postlethwaite was a very different proposition. A three-hander (Faye Alvi is both performer and BSL interpreter) set on a frequently darkened stage lit only by screens, it re-creates on the one hand the furtive, claustrophobic reality of online gambling, and on the other, through Hannah Walker’s ballsy, broadside sexiness, its paradoxical power to seduce. Loosely constructed around the story – narrated by Walker in barnstorming working men’s club MC style – of a ‘beautiful girl’ and her online-gambling addict partner, it documents her attempts to enjoy a conventional family life with the man she loves – attempts that are continually derailed by his secrecy, lying, vows to change, on-off engagement with Gamblers Anonymous and repeated recidivism.

But whose fault is that? Something Gamble brings out very well is the tenacity of the gambling industry, its refusal to let go of people it knows full well to be vulnerable, its constant dangling of temptation in their faces and the insidious contorted logic it uses to keep them hooked. Gambling site good-time patter, offers of free credit and lush assurances that gambling is an entertainment that helps bring people together are proclaimed side-by-side with inaudibly gabbled terms and conditions and appeals to gamblers not to defect to nasty, unregulated foreign sites. The final projections onto the back wall of anonymous, pixelated real-life gamblers and their family members speaking candidly about how gambling has affected them, remind us that online gambling has created a misery hidden away inside ordinary family homes, whose victims could be anyone.

And that, I think, is what brings these two pieces together: both of them shine a light on stories that vested interests have historically not wanted you to hear. On the one hand, the brutality, racism and sexism at the heart of the British Empire; on the other, the willingness of the multi-million pound online gambling industry to exploit the vulnerable and ruin lives. Shoot Festival is to be congratulated for giving them a platform.