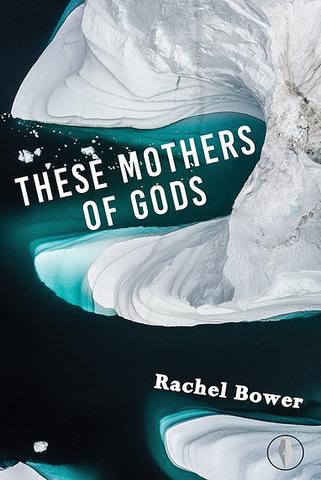 “There is no more sombre enemy of good art than the pram in the hall,” moaned Coventry-born Cyril Connolly in 1938 – although as he hadn’t had children at the time, and as he’s barely remembered nowadays for anything except that quote, we can perhaps hypothesise that dread of parenthood wasn’t the only thing stopping him writing his bestseller. Plus, as a privileged (Eton and Oxford) mid-century man, convention would anyway not have required him to spend much time propitiating Infant Connolly; it’s hard to believe their arrival would inevitably spell his ruin.

Just as noticeable to modern readers is the total absence, in Connolly’s male gaze, of any conception that parenthood – and more particularly motherhood – could actually be a fount of artistic inspiration. Rachel Bower’s new collection These Mothers of Gods is part of a poetic movement seeking to redress this – firstly, by exploring meanings of motherhood, and secondly by using it as a lens through which to view economic, racial and gender inequality as well as environmental crisis.

Bower does not flinch from the physical realities of childbirth. These are poems that are blotted with post-partum blood and streaked by leaking breast milk. Enveloped by sestinas, the collection opens with the sparse, spray-lashed ‘Water Birth’, which describes the birth at sea of a daughter to a migrant mother. But, matryoshka-like, the mother herself was re-born only moments before: hauled up from a “sea-coffin” to new life in a rescue boat.

This affinity between life-giving water and nurturing body fluids is reinforced in the last poem ‘Repeat on Loop’, where a busy but happy mother cares for her baby to the rhythm of the swelling sea as they finally “lay close together in milk”. Breast milk is seen as part of a bountiful cycle that, flowing through mother to baby, connects to the source of life and back to earth. Disruption of that stream results in inequality. In ‘TV Haibun’, a breast-feeding Western mother watches on TV a mother and child from a poor country. While her own breasts “leak more milk than he/could ever drink”, the other child “is dry. Her mother’s body, flat”.

This is an ambitious collection, reflecting the complexities of motherhood in a rich mix of poetic styles – formal poetry to found poetry are both represented here – and a wide-ranging approach. The link with nature is amplified by a series of beautiful – sometimes harrowing – nature poems including ‘Toxic Bloom’, ‘Silver Seal’ and ‘Vixen’. Other poems explore the hidden stories of mothers in myth, fable, folklore and religion.

As well as that, and as Rachel Bower told Mum Write Blog, “The collection…rejects rigid biological notions of the ‘mother’, and instead hopes to think more broadly about the many different kinds of labour that contribute towards collective ‘mothering’ in our communities”. The ‘Hive Mother’ poems use the analogy of bees to envisage societies of collective mothering, or societies that value the mothering element of paid employment. The question this raised for me was the continued – and insistent – use of the word ‘mother’ itself.

Marge Piercy’s visionary feminist novel Woman on the Edge of Time from 1976 is set partly in a future where gender distinctions have been minimised. Gendered pronouns have been replaced by the gender-neutral ‘person’ and ‘per’. Embryos are gestated outside the body and both sexes lactate – because “[women] had to give up…the only power we ever had, in return for no power for anyone…the power to give birth.” Forty-five years on, the society where gendered pronouns are becoming soft around the edges is already here. If this trend continues, could the next logical progression be the replacement of ‘mother’ and ‘father’ with the more generic ‘parent’? Is this a bargain we want to make? Or a step too far?

These Mothers of Gods is a timely collection, a sympathetic examination the experience of motherhood against a background of increasing gender fluidity and a looming environmental catastrophe of such magnitude that we fear for the future of those who are babies now. As the situation grows ever more urgent, and as Rachel Bower has so ably shown, the pram in the hall needs to be at the centre of all our thinking.

These Mothers of Gods is available for purchase online from Fly on the Wall Press. Rachel is is currently editing a poetry anthology (Faber & Faber) with Simon Armitage.