There are no blank verses about you
no sonnets or heroic couplets
not enough assonance to describe your essence
so, let this be yours and yours alone.

Isn’t it strange that
I’m deep-sea diving with you
and I feel that the world is alright?
dancing above the sea floor
I’d swim through oceans
just to find you because I want
this locomotion to continue
throughout time and space
My eternal, my everlasting 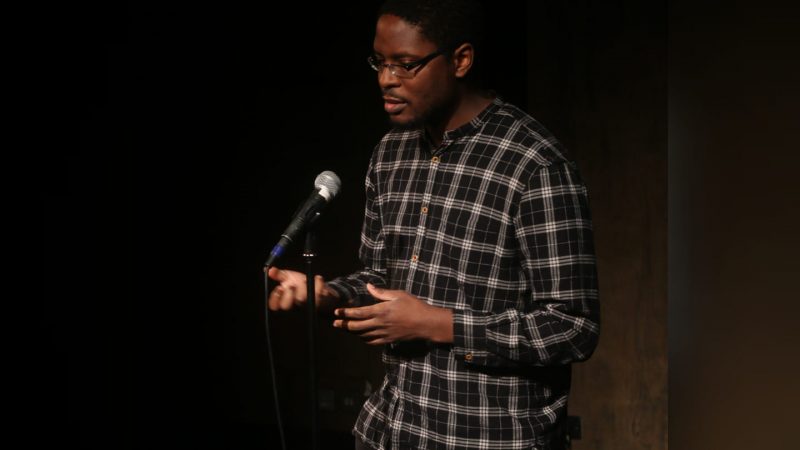 Stanley Iyanu is a writer and spoken word poet. His first live poetry performance took place in 2019 at Scriptstuff poetry night in Leamington Spa, and resulted in him being named Scriptstuff’s ‘poet of the month’. Since then, he has been a regular at open mics and slams around the South West and West Midlands, including our Fire & Dust gigs in Coventry (now on Zoom, since April 2020). Stanley is a member of the current cohort for the Dynamo mentoring scheme with Nine Arches Press/Writing West Midlands.

On 3rd September, Stanley was the headline poet at our sixth virtual Fire & Dust poetry event. We caught up with him after the gig, to ask a few questions…

HCE: What has been your journey as a writer so far – for instance, what first attracted you to poetry, and do you work with other artforms too?

I have been writing poems and stories since I was 12. What first sparked my interest in poetry was the first English class I had at secondary school. My school teacher, Mrs Collman, asked us to write a poem describing ourselves as a simile. I chose to write about being a black panther – the feline not the civil rights organisation – and she liked my poem and gave me a lot of praise and encouraged me to keep writing. So, I have been writing on and off for years privately but it wasn’t until last year at Scriptstuff Leamington that I did my first open mic, got ‘poet of the month’ and caught the ‘spoken word poetry bug’.

HCE: Who is your work aimed at – do you have an ideal audience in mind when you’re putting a poem together?

I don’t have an ideal audience in mind when I’m writing. I tend to write the piece and then work out how it can be performed. I really try to allow the writing process to take place but I suppose, when structuring a set, it’s natural to want to tailor a set in some way. Ultimately, I prepare my set and then deliver it to the audience who’s there. 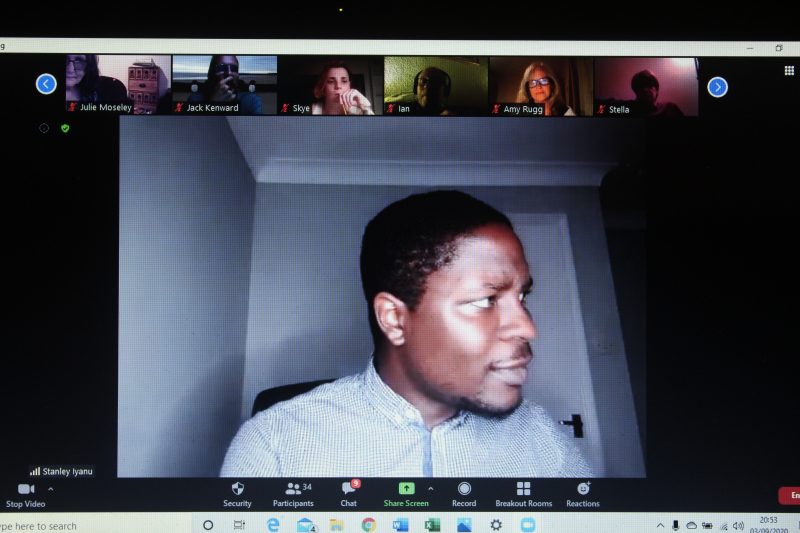 HCE: Would you say you predominantly write poetry for performance or that is more designed to be experienced on the page?

Good question. I think for most of last year, I was writing with performing in mind: considering which words or language might work best in front of a stage. But I’ve really tried to pay closer attention to the page aspect to poetry because how it looks on a page should be as engrossing as a performance in front of people. It definitely takes time and practice, I’m still self-critical of how it looks on the page!

HCE: Are there recurring themes in your work?

I did not realise but there are some common themes in my writing: there’s a link to nature oftentimes, I nod to certain references like mythology or pop culture. There are some universal themes of love, hope, doubt – things like that.

HCE: Your headline set at Fire & Dust featured poetry that covered a wide range of topics, including some scientific interests. Do you choose to write about subjects that are already familiar, or does research tend to be a part of your writing process?

I allow the inspiration or writing process to take place but when I write about a certain theme or prompt, I like to research about it. For instance, for my poem, ‘The Truth about Jellyfish’, I actually researched aspects about jellyfish and how they are in the water! Although, we have creative licence to write and explore, it’s nice if there is some grain of truth in it. 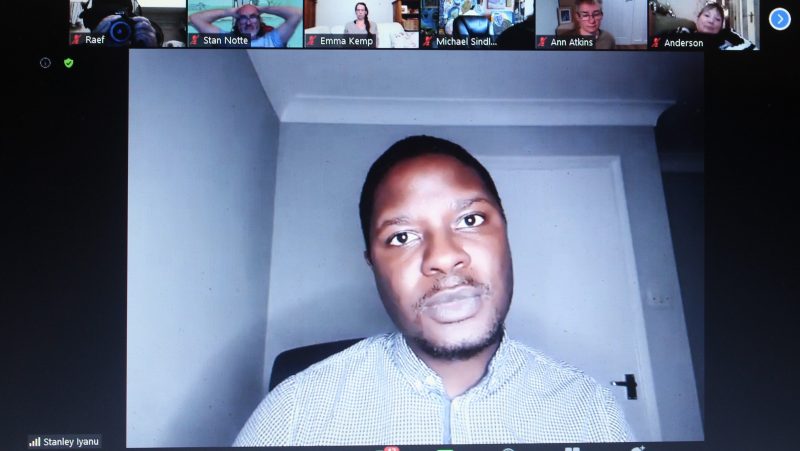 HCE: Do you think arts communities are doing enough to support poets of colour and LGBT+ poets, to make sure their voices are heard?

I think that there could always be more help and support to marginalised groups and communities. It is so important that there isn’t a hindrance to people accessing poetry/writing, and even becoming poets or writers themselves. You get such a richness in poetry when there are more perspectives than the status quo, and when newer voices and writers are able to come up and spark new conversations.

HCE: Has participating in the Dynamo mentoring scheme benefited your poetry so far, and are you enjoying it?

I am very appreciative of the help that the Dynamo mentoring group offer (run by Jane Commane of Nine Arches Press) for several reasons but mainly because, in order to get better with your craft, you need to work with other talented people and push yourself. At the same time, there needs to be that kind of help offered. So, I’m glad that this scheme has been running for a couple of years now and that I’m the current intake with seven other fantastic writers.

HCE: In your opinion, what are the most important elements for creating a “good” slam poem? And any top tips for preparing to compete in a poetry slam?

See, that’s almost controversial! I think there are pros and cons to slams because it’s so subjective and it comes down to luck, like which particular piece resonates with which particular audience voter! It can be a lot of fun and I’ve taken part in a lot of slams so far (I’ve won 2 slams, been a finalist in 1, semi-finalist in 5). I suppose there is a danger in purposely only writing pieces that are ‘crowd fodder’, which means writing poems that will win over a crowd but not necessarily staying true to yourself. (Not to be judgemental!) That’s why I purposely do my poems in my style because if the audience will get it, then they will get it.

Rant over! A ‘good slam’ poem has ebbs and flows in the journey; clever wordplay; occasionally, sad stuff will win but often it’s a poem that is either impactful, serious stuff or funny, cheeky material.

A few tips: remember who you are as poet. It’s so easy to internalise the loss as if your poem or that you as a writer are not good enough. Remember, it’s so subjective and I have seen great poets get knocked out in round one because the audience on the day didn’t get the material. Whether you win or lose, try to have fun, network and talk to the poets. I’ve met some lovely people at slams and we still talk today. 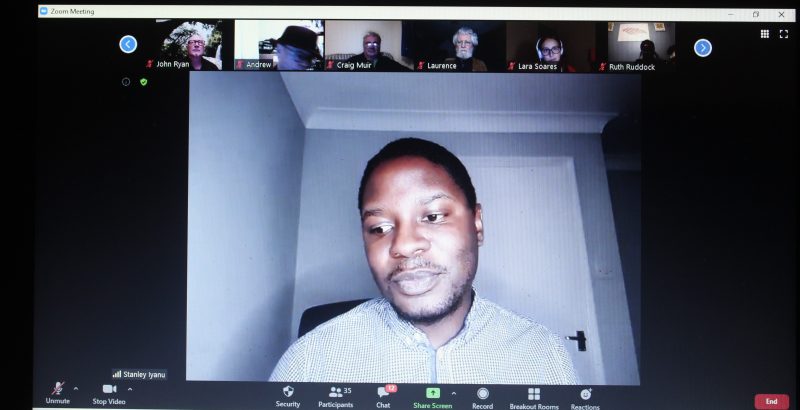 HCE: Do you engage with a lot of poetry yourself (as a reader/listener), and does this have an influence on your own work? Are there any poets in particular who’ve recently made an impression on you?

Loads of poets. I think my initial introduction to poetry (that was taught in school) was reading an anthology which had Benjamin Zephaniah in! Still to this day, I’m a big fan of his and his activism.

As a teenager, I came across Dean Atta’s work and I wanted to go to the London poetry nights he would run with Deanna Rogers but I was doing my A-Levels and my mum said no!

Now there so many to list and mention. Louise McStravick is a great writer (her poetry collection, ‘How to Make Curry Goat’ is out with Fly on the Wall Press). Malaika Keyode, Tom Denbign, Tyrone Lewis, Taran Spalding-Jenkin and Aiysha Humphreys.

In terms of performance, I’m obsessed watching these people because it is ALWAYS a good show: Jasmine Gardosi, Jemima Hughes, Sam J Grudings, Tina Sederholm; and of course, Emma Purshouse.

HCE: Have you attended many virtual poetry gigs since Covid-19 restrictions entered our lives? Do you find it more challenging to perform live via a screen, or are there some benefits compared to doing a gig in person?

I have headlined two poetry gigs during lockdown: most recently for Fire & Dust but the very first one was for Apples & Snakes, episode 1 of their home edition. Polar Bear was on it as well! 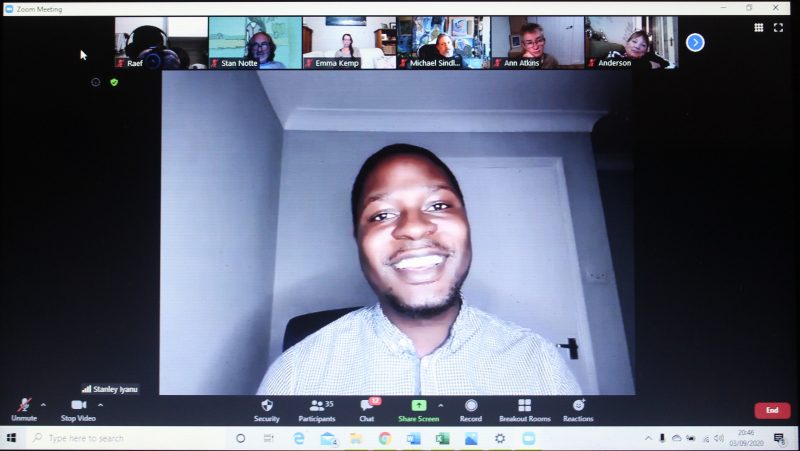 Fire & Dust is an amazing chilled poetry night in the heart of Coventry (or possibly on Zoom due to Covid restrictions) so come one and come all!