History of 2Tone at The Herbert – By Sofia Furtado 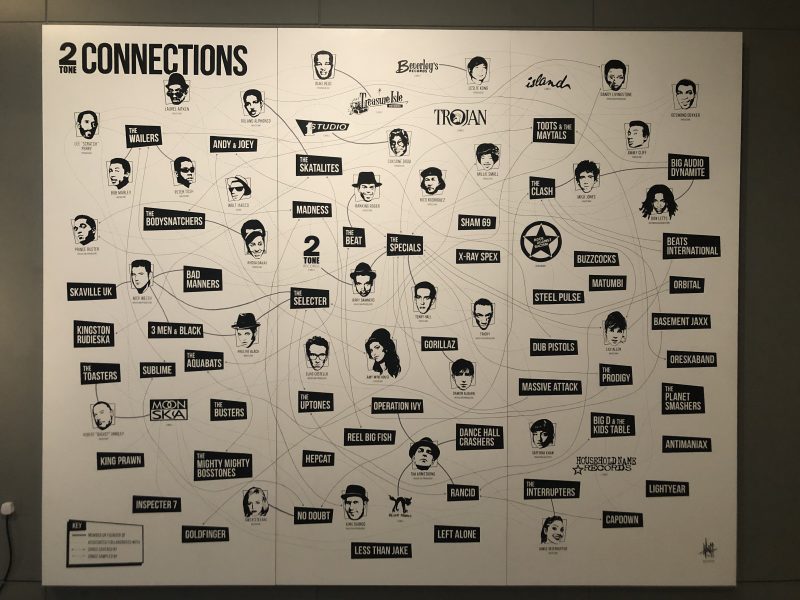 In line with Coventry’s nomination for UK City of Culture 2021, Herbert Art Gallery and Museum, partnering with Coventry Music Museum, welcomes one of its most recent exhibitions since its closing last year: “2Tone: Lives and Legacies”. Featuring Jerry Dammers’ generously borrowed memorabilia and the work of guest curators Simon Reynolds, Cory Barrett, Pete Chambers, Jennifer Otter Bickerdike and Daniel Rachel, the show explores and celebrates the history of 2Tone as a record label, as well as its “continuing influence on music, fashion, politics and culture”, providing the visitor with an equally educational and immersive experience. 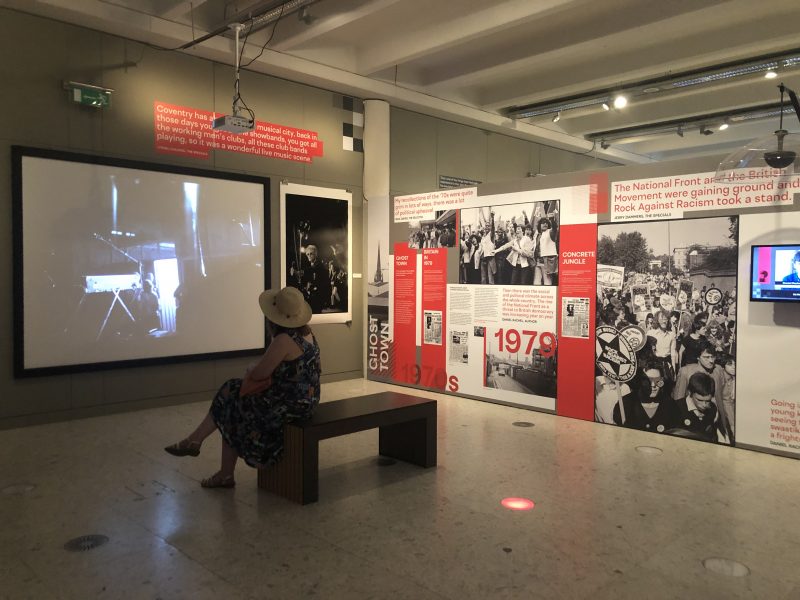 Founded in 1979 by Jerry Dammers, with the release of The Specials’ debut single “Gangsters”, 2Tone appears as a response to economic and social turmoil, marked by racial tensions, fear of nuclear destruction, and high rates of unemployment, resulting from a “disastrous Thatcher government”. Dammers describes it as a “blend of Jamaican ska music and punk rock”, “when punk split up into arty experimentalists versus rabble-rousing Oi!”, and explains how “the 2 Tone phenomenon transformed the British music scene of the 1970s”, and put Coventry “on the pop map for the first time, turning the motor city into the engine of the British music scene at the dawn of the Thatcher era”. 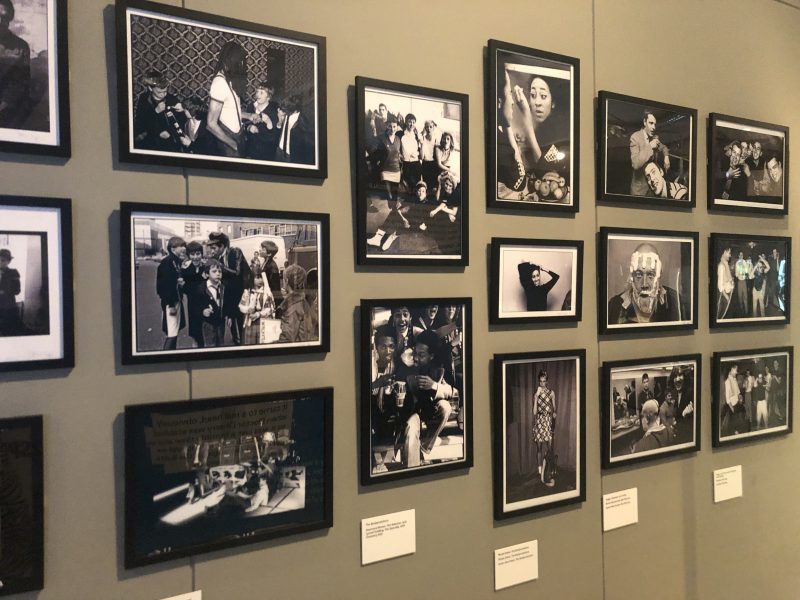 Arriving at the gallery, the visitant is met with an extensive visual support that ranges from photographs, magazines, album covers, to even fan letters and art. In one of the small monitors, an old animated live action film, made by Jerry Dammers for a school project, is shared for the amusement of one the visitors, who recognizes with enthusiasm The Golden Cup, Strings and Things, Coventry Aquarium, Sengal Restaurant, old stores and shops, and even a local passing by, in 70s’ Far Gosford Street. Fashion items – such as the characteristic pork pie hat, trilby and the polo – musical instruments and even a Caribbean radiogram are also incorporated; and a black and white chequerboard design dominates the scene, honouring some of the most iconic aspects of 2Tone’s visual identity. 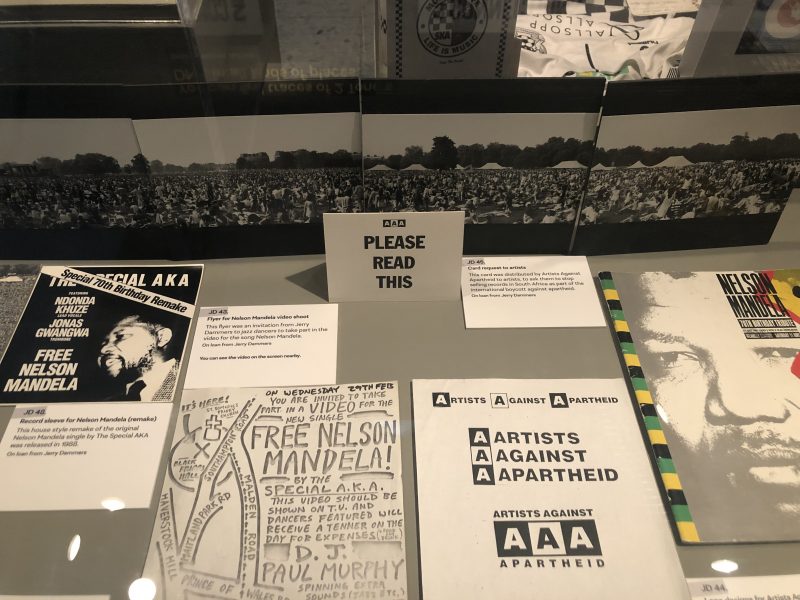 Giant informative panels guide the visitor through the exhibition, illustrating the evolution of 2Tone sound, through the journey of bands such as The Specials, The Selecter, Madness, The Beat and The Bodysnatchers.  The focus seems to be in 2Tone’s inextricable relationship with an on-going fight against racism, unveiling its underlying philosophy of equality, diversity, unity and political action. Relevant events and institutions feature Rock against Racism (with performers from different musical backgrounds), the Anti-Nazi League, the Alternative Sounds, the Kathedral Sounds, the Artists Against Apartheid Clapham Common concert – at the time  “the largest anti-apartheid demonstration in the world” – and 2Tone’s concert in Butts 20 June 1981 against racism, in response to the murders in Coventry of two South Asian residents. 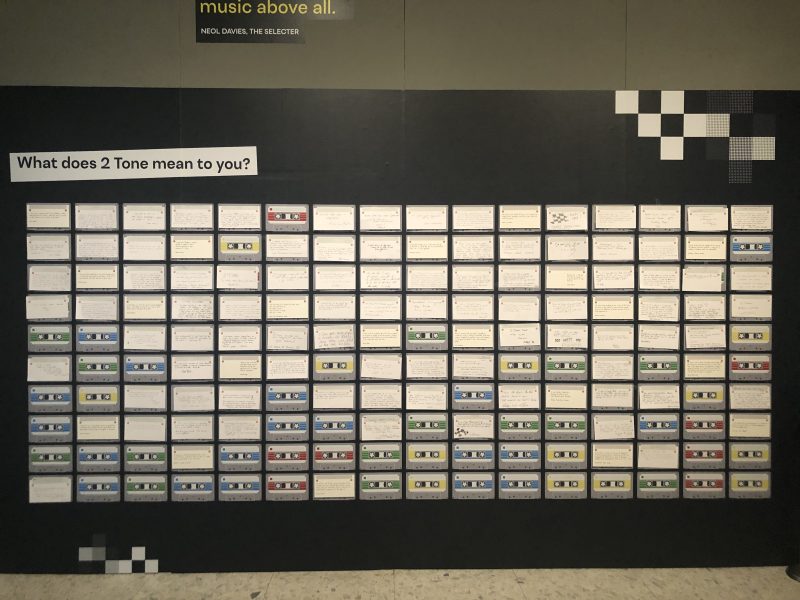 2Tone’s cultural and political legacy, however, transcended its time, and its message of inclusivity and diversity is still carried today by the work and activism of Third wave ska bands. In the final section of the exhibition, we find a tribute to the 2Tone artists that continue to use their music as a platform for discussions about corruption and discrimination. Amongst them we find Jerry Dammer’s singles “Nelson Mandela” and “Starvation”; the British Artists Against Apartheid, and Mike Park’s Ska Against Racism tour and Plea for Peace Foundation, an institution dedicated to “promote ideas of peace through the power of music”. Similarly, in the spirit of collective experience, an interactive area encourages visitants to share their memories and experiences with 2Tone in a wall-size board, once again highlighting the importance of union and diversity that inspired in the 2Tone sound. Thus, although this exhibition is dedicated to the particular journeys of 2Tone and its artists, it carries a universal message about the power of music and its potential for individual and collective liberation.

It sets an example for all artists, and encourages reflection on the ways in which we use our voice, and how it impacts our audience. As Don Letts put it, “music for your feet and [music for] your mind”.

More information on this exhibition can be found on The Herbert’s website.