Ranking of Mythological Monstrous Creatures from Creepy to Terrifying

Spooky season is fast approaching and with our upcoming issue theme, this article felt appropriate as ever. Monstrous creatures of all kinds from various cultures have been the subjects of many books, movies, TV shows, plays and so on. But what constitutes as scary? While it’s a subjective matter to people, I had a go at gathering up some entries, in order from mildly creepy to outright terrifying. Let’s begin! 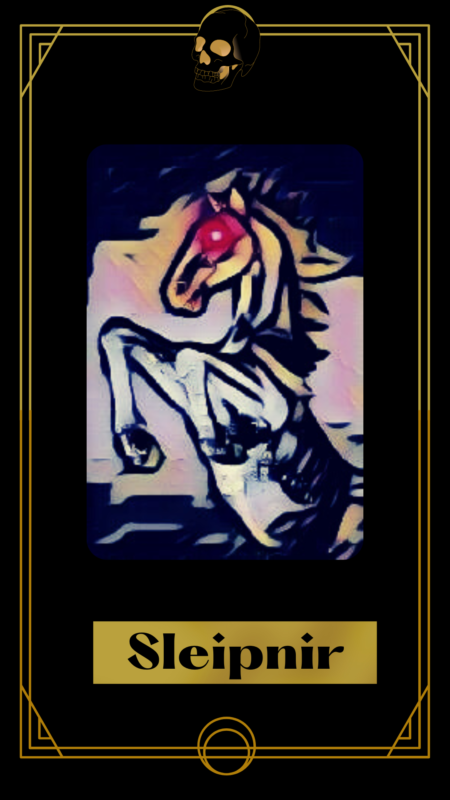 History: Regarded as the ‘fastest monster’ in the world, Sleipnir uses his legs to carry himself across the land, sea and even air.

Scare factor: 2/10 – while not the most appealing, there are scarier things than a horse with too many legs.

History: In some tales, golems were created to defend against antisemitic attacks. They were uniquely obedient and would follow orders of their makers quite literally. This means they had to be very careful with the wording of their demands.

Scare factor: 3/10 – it’s more of an implication of what it could do to you rather than the creature itself that’s creepy. 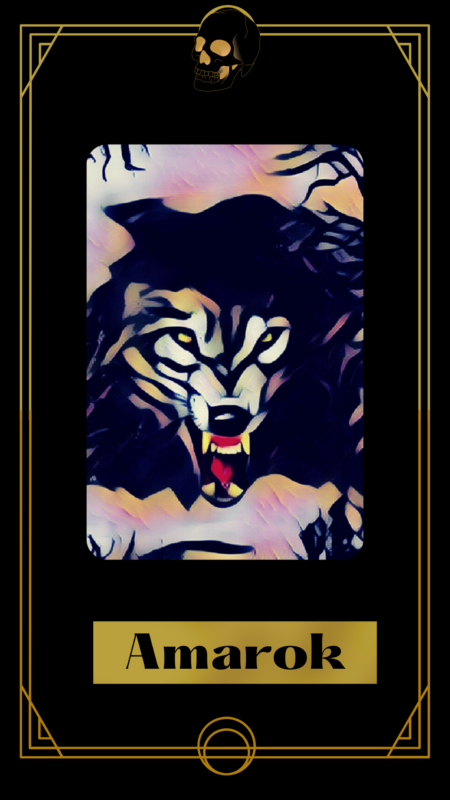 History: Amarok hunts people who are by themselves at night and unlike usual wolf packs, it follows its prey alone.

Scare factor: 3/10 – while being followed by a wolf at night does sound scary, compared to some other entries on this list, it doesn’t hold that much weight.

Appearance: A vampire-like lecherous creature (resembling a frog or a monkey)

History: Thought of as a water god, Kappas are actually depicted as quite friendly towards humans, willing to learn their language. However, they also have a mischievous and even violent side, devouring victims who set foot in water as that was its domain. If Kappa is outwitted, he would declare its loyalty to that human for the rest of its life.

History: The pet of Hades, Cerberus guards the Gates of the Underworld, preventing anyone from leaving and anyone from entering. He is the subject of the Heracle’s Twelfth Labour myth, which involved bringing Cerberus up from the Underworld with no weapon involved. Unsurprisingly, Heracles succeeds.

Scare factor: 4/10 – I might just be partial to dogs, even three-headed ones.

Appearance: Three sisters with hair made of living snakes, scaly skin and fangs

History: Gorgons have the power to transform to stone anyone who looks into their eyes. Medusa, one of the sisters, has her own myth which is one of more famous ones from the Greek catalogue. In the myth, she is assaulted in Athena’s temple by Poseidon and, when Athena finds out, she chooses to punish Medusa by turning her into a monster.

Scare factor: 5/10 – I had to knock some points down due to the victim-blaming nature of the Medusa myth, which mostly just makes me angry.

History: Harpies were meant to be sort of wicked servers of justice, carrying men to Hade’s domain to be further punished but also having their ‘fun’ in the process.

Scare factor: 5/10 – while the concept of them is terrifying, they do only unleash their powers on those who have committed crimes, which kind of seems earned in that aspect. 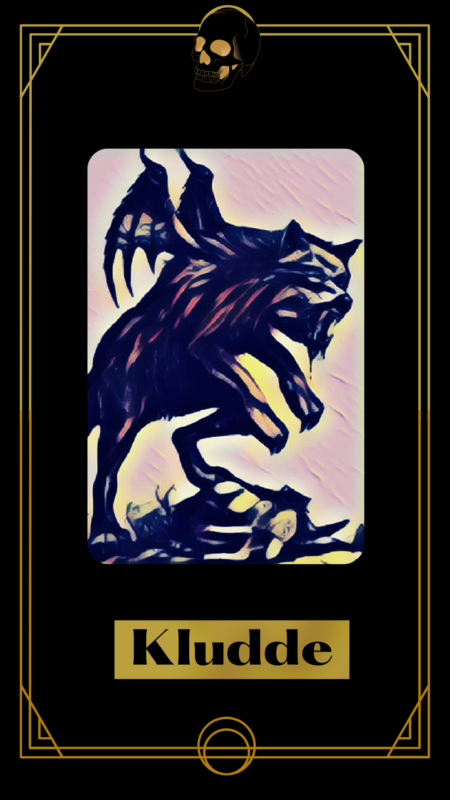 Appearance: Hybrid of a dog, a bear, and a bat

History: Kludde preys on its victims under bridges, in reeds of water, or in hollow trees. People are still debating whether he’s a werewolf, a demon, or the devil himself.
Scare factor: 5/10 – Definitely creepy, but still quite tame compared to others on the list.

History: It’s hard to pin down one portrayal of Faeries due to their popularity in myths and legends all over the world. They are widely utilised in fantasy stories across all mediums. While in some versions they’re friendly creatures (this happens to be more of a modern trend), in earlier depictions they were shown as varying degrees of evil, ranging from petty theft to outright murder.

History: The depiction of dragons entirely depends on the region. In the Middle East, they were described as evil while Greeks and Romans saw them as beneficent. Overall, in East Asian mythology they are definitely described more favourably than in Europe. They are even now widely showcased in many fantasy novels, movies, and TV, some as foes and some as almost pets.

Scare factor: 5/10 – due to varying degrees of ‘evil’ different cultures ascribe to dragons, this is the average rating. 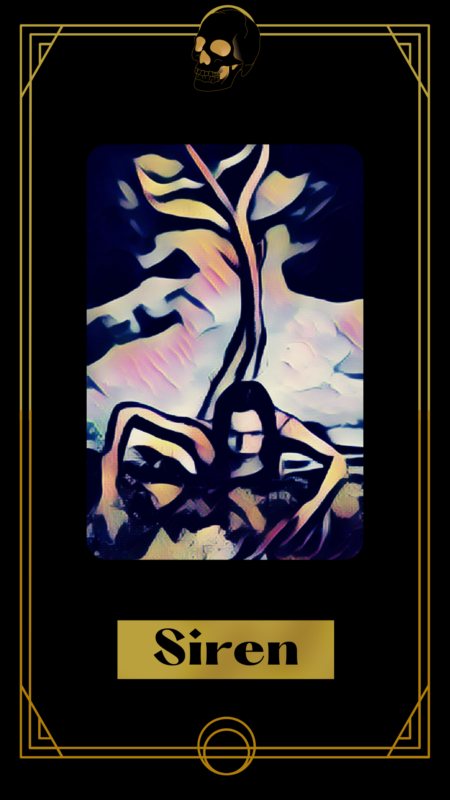 Appearance: Upper half looking like a woman’s body with a fish-like bottom half

History: Quite popular in different types of media (especially in Homer’s Odyssey), sirens are known for preying on young sailors with their singing and drowning them in the abyss. In certain versions, they only target unfaithful men.

Scare factor: 5/10 – they seem quite easy to avoid by not going out into the sea.

History: Empusa belong to a cult in the Underworld; she would leave every night to enter the world of the living, where she would drink the blood of young men while they slept and ate their flesh.

Scare factor: 7/10 – slight resemblance to vampires but, regardless, super creepy. 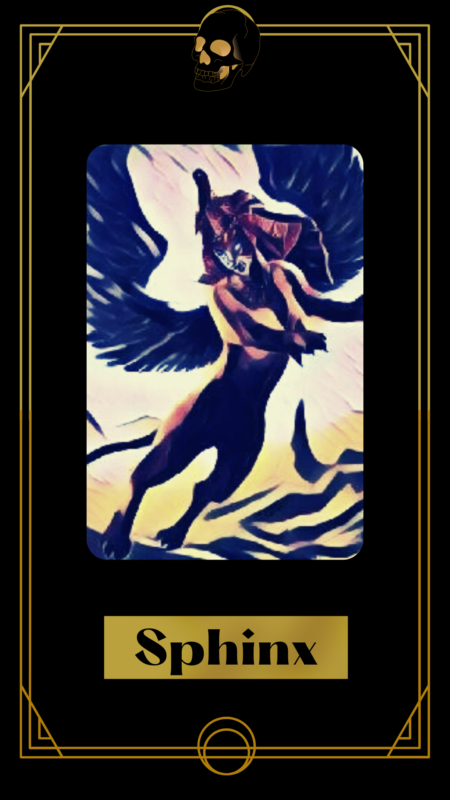 Appearance: Body of a lion, a woman’s head and an eagle’s wings

History: Featured in multiple mythologies, the sphinx kills and eats those who cannot solve her riddle. In some versions she also seeks her victims out rather than just waiting for unlucky passers-by.

Scare factor: 7/10 – for those not great at riddles (meaning myself), this would be a death sentence.

History: A vicious creature who can bring death with one look. According to the legend, its only weakness is the odour of a weasel. Its most famous modern-day featurette is most likely in Harry Potter and the Chamber of Secrets, which changes a few things about its mythology, such as fear of spiders and being killed by the scream of a rooster.

Scare factor: 7/10 – seems like a super unfair fight unless you carry a weasel at all times. 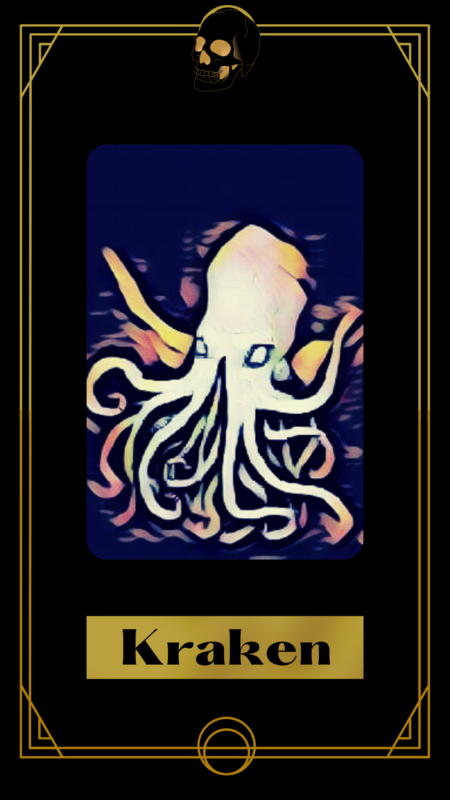 History: Featured in many cultures, the Kraken is a sea monster that roams the coasts of Norway and Greenland, dragging whole ships down to the abyss. One of the more notable pop culture features would be in the second The Pirates of The Caribbean movie.

Scare factor: 8/10 – although it can be avoided by staying on land, once faced, sounds like a horrible way to go.

History: Known as the mother of all monsters, wife of Typhon (the scariest father of gods in existence). She would drag her victims to dark underground pits to devour them alive. 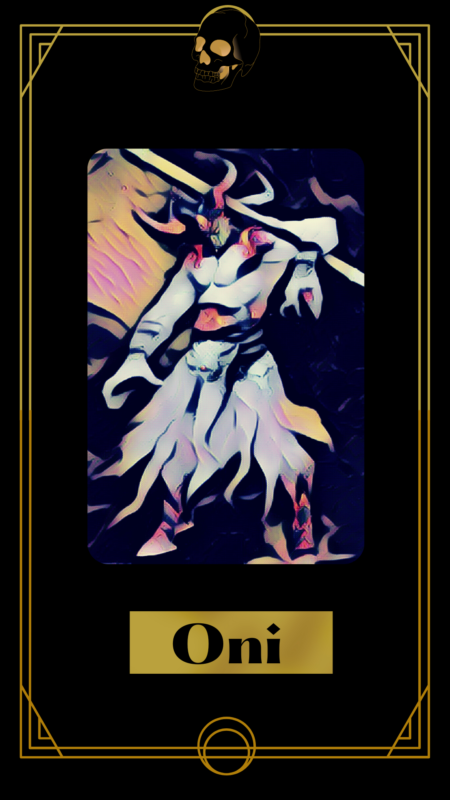 Appearance: Giants with red or blue skin, horns and tusks

History: Oni are people who have committed some horrible deeds in their lives which caused them to transform into demons in hell. They action violent punishment on fellow evil-doers. They also eat just about anything, up to and including humans.

Scare factor: 8/10 – while they’re meant to punish evil people, they seem like they’d kill anyone in their path.

History: A being that robs graves at night and feeds on corpses, taking the shape of the person they most recently ‘feasted’ on. They also attack children and drink blood every chance they get. In modern-day portrayals, ghouls are mainly described as undead creatures.

Scare factor: 8/10 – the concept of a shapeshifter who wants to feed on your flesh is disturbing to the core. 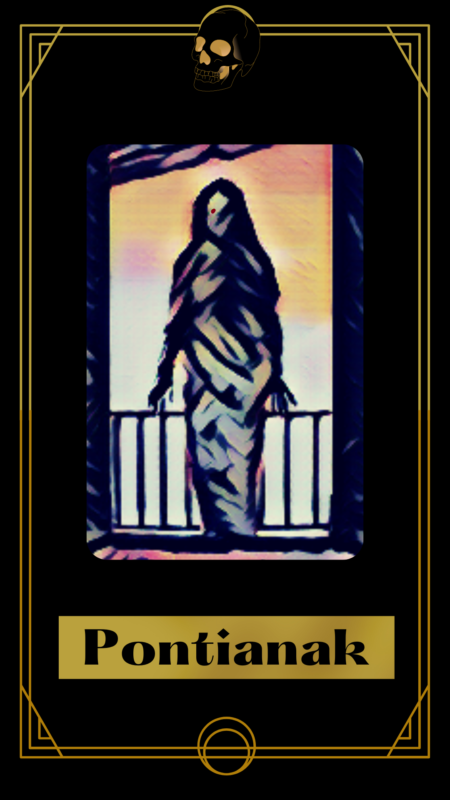 Appearance: A female spirit of a pregnant woman with long dark hair and red eyes

History: She died while pregnant and is able to transform to a beautiful woman to prey on men. According to the myth, she would appear on the full moon and feast on the organs of her victims.

Scare factor: 9/10 – while the concept seems simplistic, something about it is genuinely terrifying.