To keep up with our magazine’s newest theme, in this article we’re travelling overseas, more specifically to America. Here we’re taking a brief look at their myths, legends, and beliefs. As there are so many different regions to explore, this piece won’t cover all of them but it should give you an idea of how American mythologies differ from European ones. Without further ado, let’s begin! 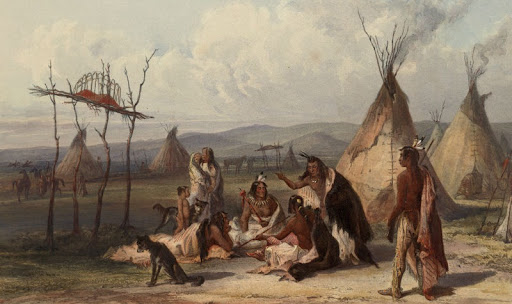 While there is no united mythology of the Indigenous North American people (which is fitting, considering the number of different tribes and regions), there are various narratives about their religious beliefs and ethics. A common theme in those stories is nature; more specifically, the symbolism of seasons, weather, plants, animals, and so on. Connection to the earth is also extremely important to these cultures.

An element which draws a connection to European myths is definitely a belief of an omniscient Great Spirit, as well as a parallel world that exists in the sky (sometimes also underground, where the ‘land of the dead’ is). Another similar factor is the importance of animals in the American legends, and their relationships with humans.

Myths and origin tales play a huge role in the daily life of Blackfoot tribe. Only the elders of the tribes are allowed to tell said tales, which can make it hard to obtain them as the elders are hesitant to share the stories with strangers.

Blackfoots have legends of origin for pretty much everything because, according to them, everything has a beginning. Napioa is mentioned in almost all of their myths as one of the most important figures. Napioa is known by many names, such as the sun, Old man, and Napi. According to the myth, ‘Napioa created the Earth using the mud from a turtle’s mouth that was found on a river upon which Napioa floated’. Napioa is also mentioned in the origin of the wind story.

The Creeks were considered one of the Five Civilised tribes. According to them, the world was originally completely underwater, the only land being a hill called Nunne Chaha. Hesaketvmese (‘master of breath’), a solar deity, resides on the hill. The myth says he created humanity from the clay of that hill.

Crow tribes have many different creation stories, but one prominent myth focuses on the Old Man Coyote. To summarise the myth, the Old Man Coyote was alone in the ocean when he saw two male ducks floating. He encouraged the ducks to go beneath the surface and bring up roots and mud, from which he builds the Earth. Afterwards, he went on to create animals and people.

Crows like to use the term ‘Grandmother Earth’ to express the physical things God created as God himself transcends the first world. As one would guess, this means that all the things in nature are sacred. This sacred power is called Baaxpee (‘power transcending the ordinary’), or Xapaaliia for its physical manifestation. For a member of Crow to receive Baaxpee, they must be given it by a spirit, a lilapxe, a supernatural patron from the spirit world. Two ways to obtain Baaxpee include a vision quest and a Sun Dance.

Tobacco is perceived as being essential to wellbeing of the tribe, Crows describing it as ‘means of living’.

Lakota tribes believe that everything has a spirit, even trees, rocks, and rivers. They also believe in the afterlife, saying the deceased person’s soul will go to the happy hunting ground, a realm that resembles the world of the living but where animals are easier to hunt.

The creation myth features, Inyan, the Rock, Wakan Tanka, the omnipresent spirit, and Han, the darkness. Inyan creates the Maka (the Earth) to exercise and keep control of his powers. Inyan starts losing his powers in the process but continues creating the Sun and the Sky.

Some of the most famous stories from Lakota mythology were about the adventures of Iktomi, the trickster spider god and Unhcegila, a serpent monster who killed whoever stumbled onto her path. A crystal on her head that functioned as her heart meant to grant its bearer great power, which prompted many soldiers to try to kill her.

The spiritual practise of Navajo people is about restoring balance and harmony to a person’s life in order to produce health. They also believed that there were two classes of people: Earth People and Holy People and that they passed three worlds before entering this one – the Fourth World or the Glittering World.

One of the main purposes of Navajo ceremonies is to prevent or cure diseases. They use corn pollen as a blessing and as an offering during prayer. Their song ceremonial complexes are separated into two halves – the Blessing Way and the Enemy Way, used to establish peace and harmony within the Dine and fighting influences from outside the Dine, respectively.

A lot of Aztec mythology is similar to those of Mesoamerican cultures. Little can be known for sure about Aztec origins but, because they combined several different traditions, they have a few creation myths. One of them is Five Suns, which describes four ages preceding the present world. Every single one of them ended in a catastrophe. It was thought a sacrifice of the gods was needed in order for history to truly begin.

Aztecs have various deities that are responsible for the elements, such as Tlaloc, the god of lightning and thunder, Chalchiuhtlicue, the goddess of water and its sources, Xiuhtecuhtli, the god of fire and time, Ehecati, the god of wind, Meztli, goddess of the moon. There are also gods and goddesses of death and the underworld, as well as the sky and at least five different fertility gods.

‘The Stinking Corpse’ is a popular myth that tells the story of a body of a giant which released a smell so bad it would kill anyone who went near it. Aztec mythology is also one of the more featured ones in popular culture, with its gods represented in movies, tv shows and even video games. 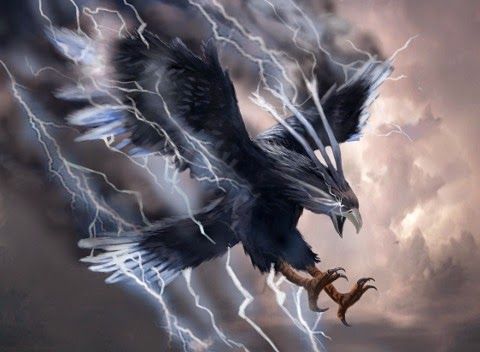 The oldest Mayan myths date back as far as the 16th century. In Mayan narrative, there are clear set-ups of the origins of natural and cultural phenomena, such as heavenly bodies (the Sun, the planets, and the stars), as well as landscapes, elements, and animals. The best known Mayan hero myth, which is also a part of the Creation Myth, is about the defeat of a bird demon and of the deities of disease and death by the Hero Twins.

The mythology also focuses on marriage with the Earth, which sometimes (not always) leads to the creation of the Sun and the Moon, combining the stories together. Mayans believed that creation was related to magic and divination, which made them refer to their gods and heroes as diviners. They also had gods of heaven, underworld, death and fertility, as well as the elements, tying them to a lot of other mythologies.

Incan beliefs were connected to their view of the cosmos (the Milky Way and the solar system, among others), and how they could be seen from the Inca capital Cusco. The planets and constellations are intertwined with agricultural seasons which was crucial for the Inca as they relied on cyclical agricultural seasons (which lasted 800 years at a time).

Manco Capac was the founder of the Inca and Cusco dynasties. However, the legends surrounding him and his rule are contradictory (in one, he was the son of Viracocha and in another, he was brought up from the depths of Lake Titicaca by the sun god Inti).

Like a lot of other mythologies, the Incas worship a wide variety of deities, each responsible for different areas of the environment. For example, Apu, the spirit of the mountains, or Catequil, the god of thunder and lightning, Kon, the god of rain and wind or Supay, the god of death. Geographical places are also an integral part of their beliefs, of great importance being the three levels of Pachas. A lot of their myths also involved animals, especially dogs, bears and foxes.