So you’ve written a short story collection. How do you even begin to write a second?

If you watched it from a distance, the journey my second short story collection took to reach publication might look like a brief walk across an even field, compared to the undulating and frequently precarious path that my first collection had to follow. I started working on the earliest stories in Come the Tide in 2009—eight years before the book found a publisher, ten years before it came out in print. By contrast, the three years I spent working on my second collection, on a distant ridgeline, practically flashed by, bolstered by the certainty that I had a publisher interested in my writing, and an editor who could draw the best out of my work. But, as readers of the short story will know, a brief tale can conceal more complexity than a novel.

In writing on a distant ridgeline, I had set myself two challenges:

Yet, in spite of the sense of mastery and confidence I’d gained over those eight years of writing my first collection, I was faced with a difficult lesson. The stronger your perspective on the world, the harder it can be to shift, and look at things anew. This was brought home to me whenever I picked up Come the Tide. Many writers admit that they find their own work difficult to read (like actors unable to re-watch their own performances). My own, overwhelming reaction tended to be a sense of pride at how carefully the different stories were woven together. At the same time, though, it was confronting to realise how formally diverse the stories all were, experimenting with quite different shapes, styles, and voices. This, I realise now, is the great advantage of the early-career writer: the freedom to try different approaches, to write with a sense of play. In Zen Buddhism, this is referred to as 初心 (shoshin)—a beginner’s heart. Shoshin is that way of approaching something that you have instinctively, before you have learnt and internalised the rules for how a thing ought to be done. As I wrote my first collection, I was already an avid reader of short stories—and a published critic of the form. I understood, from a reader’s point of view, the ways a story could be shaped. But as I shaped those first stories, my practice was still open, experimental, free of form.

On developing a personal style (it gets easier!)

By the time I had finished writing the last story that completed Come the Tide, I had found my style as a writer. I knew how to put together a particular, ‘Sam Reese’ sort of story. Very quickly after I’d signed off on the final pages, I wrote six or seven more of this kind: all roughly eleven pages, focused on a single character, moving towards an emotional shift at the end of the narrative that altered the character’s (or reader’s) perspective on what had come before. It felt like I had mastered a particular kind of musical progression—a movement of sounds that came together to produce a sense of completion that was satisfying to my ear. The problem? Although on the surface they were satisfying, underneath the stories did nothing new. In fact, I had spent several months rewriting the same piece over and over again.

I was particularly concerned because short fiction relies so much on patterning. As many writers (and critics) have noted before me, the story shares much more with poetry than with the novel. Look at the way May Lan Tan structures a story like “Would like to Meet.” The novelist would focus on the central plot point here: a couple auditioning a woman to replace a dying wife. But Tan’s emphasis is on the moments that frame these encounters, drawing the reader back to a clustering of images, tones, and sounds. Familiar, when they repeat—only, shifted. Strange. Argentinian short story writer Julio Cortázar called the short story “a snail of language,” capturing the way that a story like Tan’s can spiral backwards, inwards on itself. But other masters, like Lydia Davis, turn their stories the other way, so that a brief meditation on what tense a narrator should use to describe someone who has died turns the reader’s imagination outwards, onto a much wider landscape (of which the story offers just a glimpse).

My first attempts at the stories that eventually formed the heart of on a distant ridgeline all turned the same way. They followed the same progression. I’d lost my beginner’s heart. Experience made the process of writing easier, but my challenge now was how to reinvest the stories with some of the curiosity and play. The answer lay in that idea of spiralling, of turns. I started by taking the two stories I thought had the most potential, and reworking them around a different kind of turn. But rather than returning to a structure of my own, I looked to the work of others. I went away and read. We’re used to thinking of the act of borrowing from other writers as a kind of translation now. But in the early Roman novel, The Golden Ass, the North African writer Apuleius describes this process with a different word: turning. This is what the narrator of his novel does to old folk tales (mostly Greek): he takes the core of something he has found, and turns it into something new, something his own. Apuleius’ word choice makes me think of someone turning wood or throwing pottery on a turning wheel (two images that I play with myself in on a distant ridgeline)—the process of taking raw material and reshaping it into something that serves quite a different purpose.

How can you get out of this cycle of writing the same story?

In the same way, as I immersed myself in other writers’ stories, I found myself starting to play with the clay that I had already, turning my existing stories around different structures, bringing something new towards the front. For me, the secret lay in reading really widely, and practicing. Talented jazz improvisors make performance look effortless, and many writers have made the mistake of thinking that writing like jazz means writing free from influence, spontaneously, without rules or form. But skilled improvisors draw on years of practice and a vast, eclectic knowledge of not just other jazz musicians, but popular music, traditional tunes—even country music. One of my favourite albums, Sonny Rollins’ Way Out West takes old, cheesy cowboy music and worn country songs, wraps them around his depth of skill in playing the saxophone and turns them into something surprising, beautiful, and true.

It’s easy to sidestep rules when you don’t know exactly what they are. But writing something playful and experimental, when you’ve settled down into a pattern that works, is much more challenging. All of the stories that made their way into on a distant ridgeline drew on my rekindled sense of a beginner’s heart. The difference? Now this curiosity was stoked not by my inexperience, but by a depth of reading that reminded me just how many ways a story can be turned. 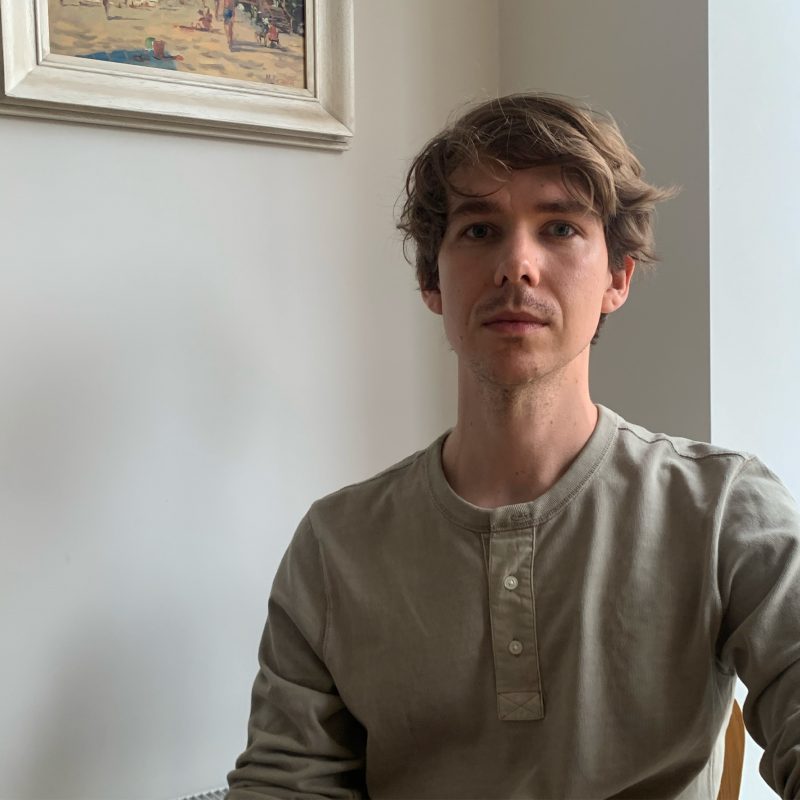 Hailing from Aotearoa, Sam Reese is an award-winning writer, critic, and teacher. Currently a lecturer in creative writing at York St John University, he is the author of two short story collections published by Platypus Press – Come the Tide and on a distant ridgeline – as well as non-fiction books on jazz, literature and loneliness, American short fiction, and Cold War politics.